Water is relentless.  And the constant pounding of the bay’s waves, even though they aren’t as big as the ocean’s, is still destructive to shorelines.  Our lot is just a little over 3 acres but less than  40 years ago it extended into the bay the length of 2 football fields according to the locals that are old enough to remember.  That is what the erosive power of the bay’s waves and the storms that whip them up can do to a shoreline.  Because of this many people “harden” their shoreline.   Hardening can be done with concrete, lumber, or stone.  We chose stone because even though it doesn’t look natural to see large stones at the beach it’s the more natural of the three and typically works the best. Before we had our shoreline hardened  it was a tangled mess of downed trees laying in the water and their roots exposed.  Here’s a few pictures of the mess before the hardening: 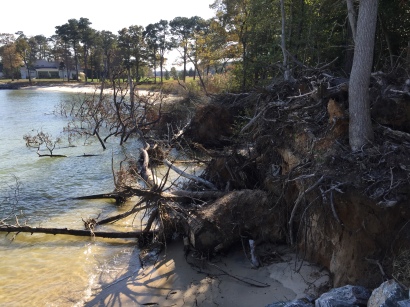 And here’s the finished hardening shortly after completion in May 2018.

And this is the same view after a storm 2 months later.   Notice how the sand has begun to fill in around the spur and somewhat protecting and building up the beach.   This is why shorelines are hardened.   And even though it was a terrible drain on our financial resources, each time I notice how the beach is filling back in it’s paying me back – tiny grains of sand to the dollar, but paying me back none the less. 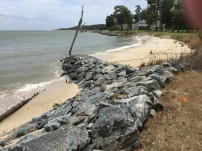 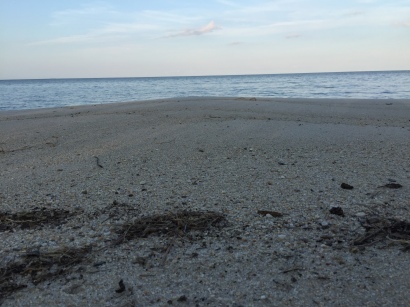